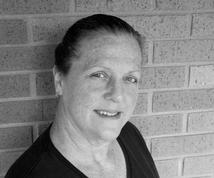 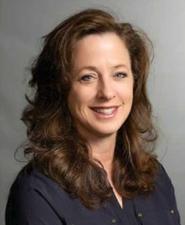 Carla LeMaster – Owner/Director, Teacher, Choreographer
Carla started her training in dance at a very early age, when her mother, Naomi Cunningham, opened up Mason’s first dance studio. After many years of focused training, she started teaching in her parent’s school, and continues to this day, nearly four decades later. Her excellent staging and choreography has earned for her dancer’s top awards at many national competitions over the years. More recently, in 2012, Carla’s original choreography to Step in Time, received the Outstanding Choreography award at the Rising Star National Talent Competition. In 2013, Ms. LeMaster’s Lion King received the same award. This last season, Carla’s choreography was once again recognized as her Will Roger’s Follies earned the Best Production Award in the VIP Dance Competition. While recognizing the importance of teaching dance technique to students, Ms. LeMaster also sees the need to generate a love for dance at the same time. Carla currently teaches ballet, pointe, jazz, lyrical, tap, and acro/ tumbling. 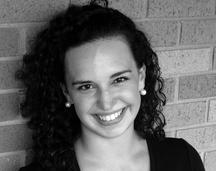 Emily Morales – Teacher, Choreographer
Emily started her classical ballet and gymnastic training in Central California under the watchful eyes of Shirley Winters and Roger Valdez. She followed Ms. Winter’s move to The Dance Studio of Fresno, where she continued her classical ballet/ pointe training for many years until entering college. While completing her BS in Molecular Biology, and minors in Chemistry and Cognitive Psychology at California State University, Fresno, Emily simultaneously continued in her dance training, taking on several positions in the Central Valley as a teacher and choreographer. Ms. Morales has taught dance in the Mason area now for thirteen years.  In addition to her position at Cunningham Dance Studio, Emily teaches high school anatomy & physiology, chemistry, and physics at Providence Extension Program in Mason. Her background in science education has enabled her to communicate ballet technique through the lenses of physics, kinesiology and functional anatomy. Ms. Morales is currently finishing an M.Ed. at University of Cincinnati.

Maggie Mueller – Teacher, Choreographer
Maggie is a former Cunningham Dance Studio dancer, starting at the age of four. Throughout her years of training, she has studied ballet, pointe, jazz, lyrical, tap, and acrobatics. She was a ten year member of the Cunningham competition team and began student teaching at the studio at the age of 15. Maggie attended Miami University where she obtained her Bachelors of Arts in Architecture. While at Miami, she was a three year member of Vision Dance Company. She choreographed multiple pieces for the company while also taking on the role of Co-Artistic Director for the 2012-2013 season. Maggie’s sense of design and aesthetics has served the dancers at Cunningham well, as her choreography in both solos and ensemble pieces has won awards both regionally and nationally. While not teaching dance, Maggie works at a residential architecture firm in Cincinnati, OH and is an active alumni member of Alpha Rho Chi, an architecture and allied arts fraternity.